Stages 27-40 retrace the path in the Sila Piccola. Starting from San Giovanni In Fiore in the heart of the Greek Sila, we will pass through villages and places rich in history until we reach the Presila Catanzarese that will offer the enchantment of the natural reserves of the Valli Cupe, until we reach the Mancuso Village and finally descend to Squillace that will fascinate the traveler with its legendary history

From Rocca Imperiale to Reggio Calabria, a way made by 73 stops developed in more than 1000 km of paths, rebuilt by following traces of ancient italo-greek monks inspired from Saint Basil’s life but also from very important pieces of roman, Greek and also Norman history. It’s the Basilian way: an adventure rich of art, history and religion developed on the mountains of Pollino, Sila and Aspromonte, the right way to know the real essence of Calabria. 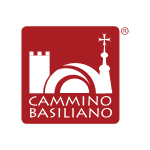 From the majesty of the abbey Florense, passing through derelikt hamlets of Fantino and Carrello and the unforgettable Badìa di Santa Maria del Soccorso, we’ll arrive to the byzantine castle of Caccuri, one of the most beautiful hamlets in Italy. Our departure is from San Giovanni in Fiore, passing through the Cona’s bridge, used in 18th century was the access door for who was coming to the Marquesate. We’ll visit the ancient and derelikt hamlets of Fantino and Carrello then the Badìa of Santa Maria del Soccorso which is compound by the ex dominican convent, the church of Santa Maria del Soccorso and the Chapel of Congregazione del Santissimo Rosario.

Caccuri and Santa Severina, two charmful hamlets recognized as two of the most beautiful hamlets in Italy. After 3 km from Caccuri we’ll arrive in the monastery of Vurdoj, founded by abbot Gioacchino between 1196-1197. We’ll continue passing through olive trees and vineyards for familiar use. After 24 km we’ll arrive in santa Severina, the ancient Siberene for the population of Enotri. Santa Severina is define as the Stone Ship for the majesty of her location in Neto’s valley, the second biggest river in Calabria. The cathedral from 12th century, the norman castle and the byzantine monastery are the gems of this hamlet.

This spot is squeezed between the two rivers of Neto and Tacina and represent the entry for the Presila crotonese. We’ll arrive in Petilia Policastro, hamlet that hosts the Santuario della Santa Spina in which is guarded the spine crown of Jesus. The hole area is known as Marquesade but stands for the province of Kroton. Petilia Policastro it’s an hamlet of byzantine origins an still today his main activities are wood industry and herding.

From the Santa Spina Sanctuary the path continues in direction south-west with on the left the view of Ionian sea and the Marquesade. From here we’ll arrive to the plateau of Sant’ Angelo where from the point of “Petrara” you can admire the ancient ruins of the Cistercense abbey of  Sant’ Angelo of Frigillo near the river Vergari. We’ll get off for a bit and we’ re quickly on the shores of river Vergari that are full of caves and waterfalls of the natural park of Vergari. Then we’ll arrive on the Santuario del Santissimo Ecce Homo where is guarded the wood statue by Frate Umile da Petralia in 1630.

From Mesoraca the path continues through thriving nature that let us breathless. From the chestnut groves of Mount Jupiter to the beech forests and pine forests of the wildlife oasis “Manulata” we’ll pass through the natural reserve of Valli Cupe where it’s possible to admire the giant chestnuts of Cavallopoli and the megalith “Petra Aggiallu” (stone of the bird). In the end we arrive in Sersale, in the Presila Catanzarese, an hamlet full of  ancient italo-greek monasteries and also the ruins of the ancient Monastero of Fiorenza di Santa Maria dell’ Acquaviva.

From the hamlet of Sellia you can admire the charmful natural reserve of Valli Cupe but also the view of Gulf of Squillace. We’ll start from the little hamlet of Cipino, a little hamlet known for the church of Santa Maria di Acquaviva. We’ll get off passing through a wood of chestnuts and olive trees, then for the beginning of the waterfalls dell’Inferno and in the end in the bottom of the valley where there are the ruins of an ancient mill. On the right you can see the hamlet Casaglie with her little church. Then we’ll continue getting off until we arrive in the bed of the river Simeri, we’ll cross it and we are in the marvellous hamlet of Sellia Superiore.

From Sellia the next step is Villaggio Mancuso, located in the heart of Sila Piccola, crossing locations rich in terms of nature and art like Magisano, San Pietro Magisano and Vincolise. A must to visit is the sanctuary of Maria Santissima Della Luce, Il Ponte del Diavolo (Devil’s bridge) with his typical gorges on river Simeri and last the house-museum of Antonino Greco, an important personality of Garibaldi’s riots. Arriving in Villaggio Mancuso we can enjoy the vibrant colors of the thriving vegetation and in the end visit the in Centro visite Garcea dell’ Ente Parco Sila located in Monaco.

The path of Monachesimo crosses the mystic location in which ancient oriental monks used to live. Here you can admire the site of abbey of Santa Maria from Peseca, built by Basilian monks in 970, the torrent Litrello that create a lot of waterfalls and the hamlet orange flag of Taverna, in which we can choose to stop in Taverna Vecchia or to continue to Sorbo San Basile and then Pentone. You can admire the church of San Giovanni Guardalberto built in the XX century with woods and local stone and, located in Varano, a thriving wood of laricious pines. Around here there are some interesting locations like Carcarella, Pietrabianca e Carcare. The three names derive from the process of extraction of limestone and the subsequent transformation into lime.

This stop crosses an incredible path made by religion, nature and culture. Along the walk you can admire the church named Madonna di Termine. In Catanzaro we’ll visit the natural park of Mediterrean Biodiversity compound by 63 hectares. Is famous for his rich biodiversity but also because it’s an open air museum of contemporary art. We’ll get off to the historical centre for the visit to the monumental complex of San Giovanni.

In this stop we’ll arrive in Tiriolo, a beautiful hamlet located in the Catanzaro’s Istmo (hill), the narrowest point in Italy where you can admire the Ionian and Tyrrhenian Seas. The notorius historian Armin Wolf identifies Tiriolo as the ancient Scheria, The land of the Feaci from which Ulysses departs for the return to Itaca. Here persist ancient natural caves from the Neolitic. A must to visit are the palaces of historical centre, the Antiquarium of Comune and the feudal castle. Tiriolo is also known for the tradinional women’s dress called “Pacchiane”.

Squillace is an ancient hamlet in which Magno Aurelio Cassiodoro (485-580) Founded the convent Vivarium with attached a library and a study center on the bible. The Ancient name of Squillace was Scolapium for ancient romans and skilletion for ancient greeks. In Squillace we can admire the Ghetterello’s bridge and also a marvellous Norman castle. This Hamlet is also famous for the production of ceramics. Here is the end of our tour.

For needs related to the particular historical moment, the organization reserves the right to modify the travel program, but ensuring the same quality of services 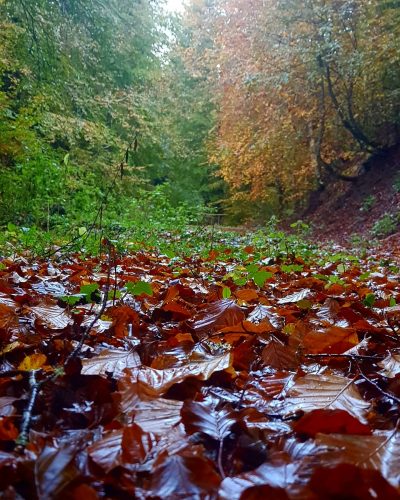 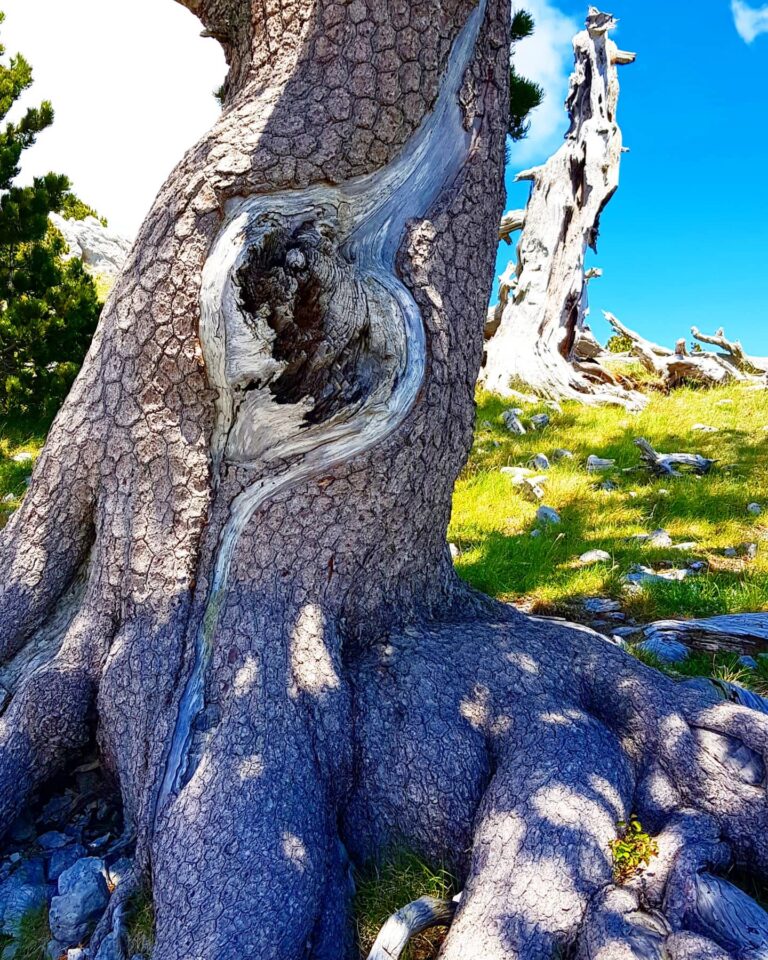 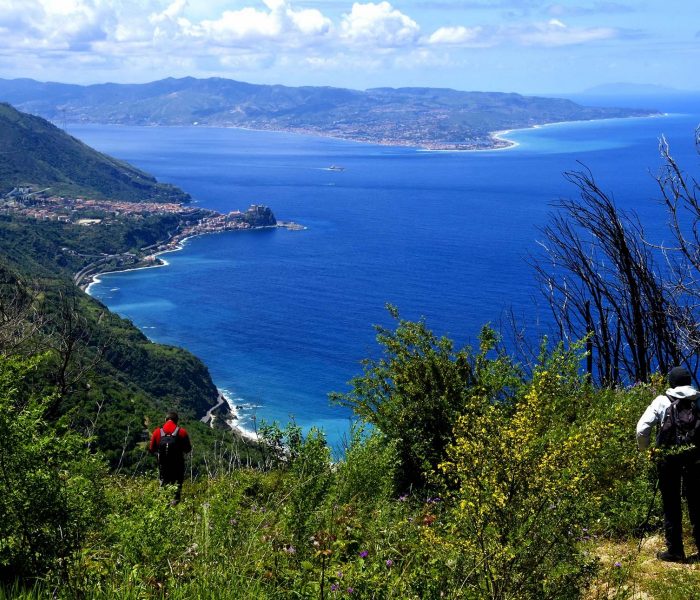 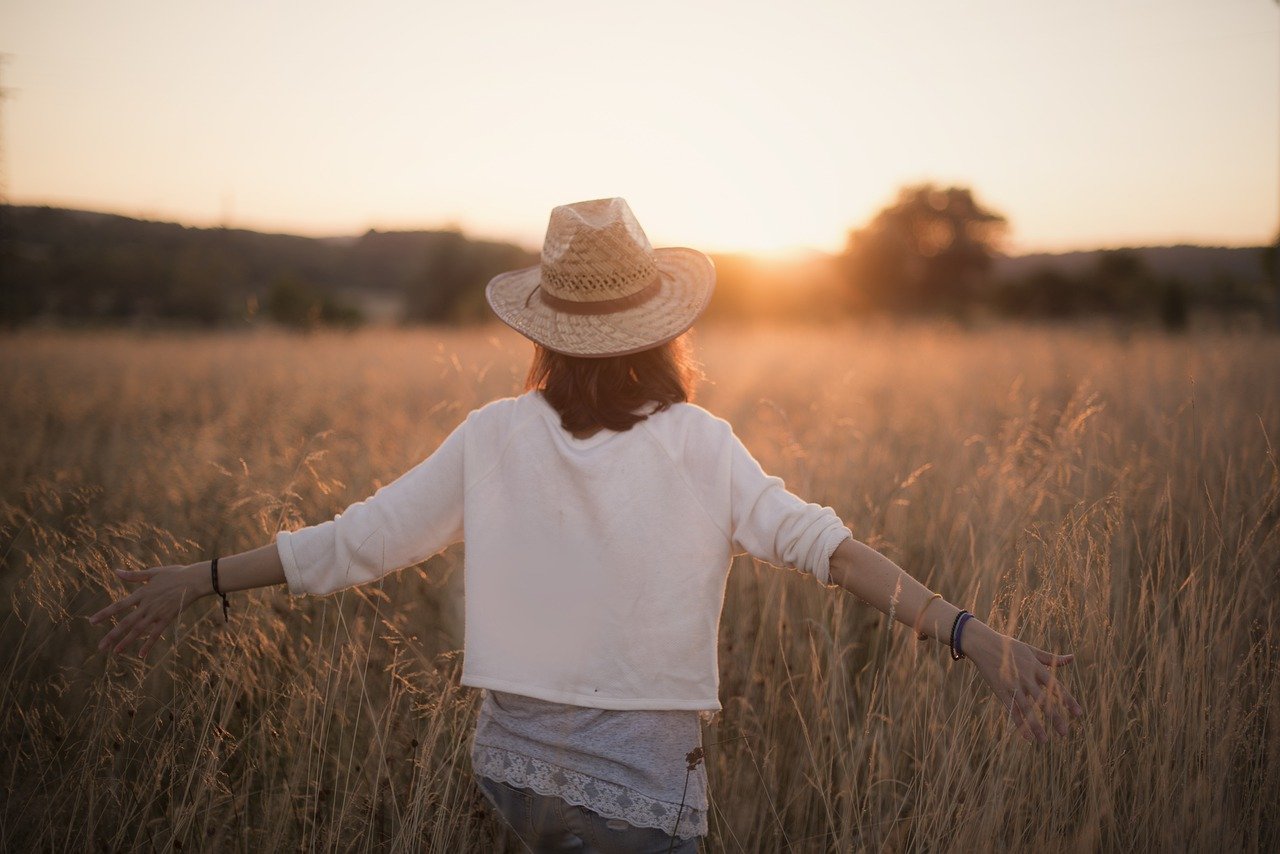